This website is under development and may contain errors . Please report to administrator by this form . Also you can visit our previus website.

The flower in Carex is unisexual (either male or female), without perianth, and supported by a scale (the bract of the single flower). The male flower consists of 3 stamens. The female flower consists of a gynoecium of 2 or 3 fused carpels, with a single style and 2 or 3 stigmas, and with a single seed. The gynoecium is surrounded by a perigynium, a container with a narrow apical opening through which the style and stigmas emerge. The perigynia (and nuts) are either lenticular (when two carpels/stigmas) or trigonous (when three). The inflorescences are spikes, one or more per culm. If two or more spikes, all except for the uppermost are supported by more or less leaf-like bracts. Spikes may be unisexual or bisexual, and bisexual spikes may have the female flowers at base (basigynous) or at top (acrogynous). Flowers are wind pollinated and usually cross pollinated because the male flowers reach anthesis before the female flowers (protandry). Cross pollination predominates among sedges investigated in alpine Norway (Berggren & Haugset unpubl.), either due to the protandry or to genetic incompatibility. Seeds are spread inside their perigynia.

Dioecious (with separate male and female plants). Inflorescence a single spike, very narrowly oblong or linear, without bract. Male spike 7–10 × 0.9–1.4 mm, with 7–12 flowers. Stamens 3. Female spike 8–12 × 1.1–1.6 mm but becoming much broader when in fruit, with 8–14 flowers. Scales similar in female and male flowers, 3–4 × 1.1–1.5 mm, triangular or ovate, obtuse to subacute, dark reddish brown with a distinct, pale brown mid vein and a broad, golden yellow margin. Perigynia 2.5–3.5 × 0.6–1.0 mm, lens-shaped (lenticular with one nearly flat and one more convex side), narrowly elliptic, dark brown and glossy, with a very small foot, at top tapering gradually into a smooth beak 0.5–0.9 mm, aperture obliquely truncate (the stigmas appearing at the side of the apex). Stigmas 2.

Lenticular nut enclosed in the perigynium.

Sexual reproduction by seeds; efficient local vegetative reproduction by rhizome. The extensive mats are probably easily broken up by soil movements, resulting in some fragmentation. The plant is an obligate outbreeder as it is dioecious with separate male and female individuals. Fruit set is rather regular in Svalbard.

Dispersal of fruits (inside perigynia) is probably mainly by water (locally in mires and downstream in seepage areas) and especially by birds.

The only possibility of misidentification (and a fairly common one) is with Carex rupestris. Both species have only one, narrow spike but are readily distinguished by the following characters: In C. parallela the spike is unisexual and the leaves are straight and filiform; in C. rupestris the spikes are bisexual with female flowers at base (basigynous) and the leaves are stouter and usually curved.

Superficially similar is also C. lidii, an assumed hybrid or hybrid species where C. parallela is one of the assumed parents. However, C. lidii always has more than one spike and always a paler, whitish margin on the scales in the spike.For comparison with the mainland C. dioica, see Comments.

Carex parallela occurs in shallow, flat or gently sloping mires with percolating water from the melting permafrost, and in moist heaths or on moist frost patterned ground. The species is largely confined to substrates with basic soil reaction (pH).

Probably weakly thermophilous. In the middle and northern arctic tundra zones and the clearly continental to transitional sections. In Svalbard only present in Spitsbergen and Nordaustlandet. There are three confirmed occurrences in the Bellsund and Van Mijenfjorden area (Nathorst Land, Nordenskiöld Land). Otherwise the distribution is restricted to N Spitsbergen with significant concentrations in the Isfjorden, Kongsfjorden and Wijdefjorden areas and some localities in the Liefdefjorden and Woodfjorden area. On Nordaustlandet, very few occurrences are known in two of the most favourable sites on that island: Kløverbladbukta in the Wahlenbergfjorden area (Gustav Adolf Land), and Louise Richardfjellet in the Duvefjorden area (Prins Oscars Land).

The small group of Carex sect. Dioicae includes three northern species: the mainly boreal C. dioica L., the arctic-alpine C. parallela (with the two subspecies mentioned above, see Distribution), and the western arctic C. gynocrates Wormsk. Carex gynocrates has bisexual (basigynous) spikes, the two others unisexual spikes and plants. This sex distribution should theoretically make for some differences in how easily the plants are established after dispersal. A single, efficient dispersal of a fruit of C. parallela (and C. dioica) will normally produce only a female or male clone in the new site, not a good prospect for farther expansion. However, the spikes may, very rarely, be bisexual (variation found within and between populations). This may be counteracting the restrictions placed by the unisexuality. We should also remember that these plants are potentially very long-lived, with clones persisting for centuries or perhaps millennia, and not many efficient reproduction events are needed per century to uphold populations. Carex gynocrates and C. parallela do not differ in the expected way in how successful they have been in crossing distribution barriers, e.g., oceans; the unisexual C. parallela has crossed many more barriers to attain its present range than has the bisexual C. gynocrates.

Carex parallela and C. dioica are rather similar and many authors have considered them subspecies of one species (then C. dioica). Both are known to hybridize with several other species but intermediates or hybrids between the two have never been documented. They seem to be very well supported as two species, even if they sometimes may be difficult to keep apart. The best diagnostic character is in the beak of the perigynia, smooth in C. parallela and scabrous in C. dioica. Carex dioica also has a much looser mat structure (due to much longer rhizome branches) and more spreading perigynia in the fruit stage.

ALL SPECIES OF THE GENUS CAREX 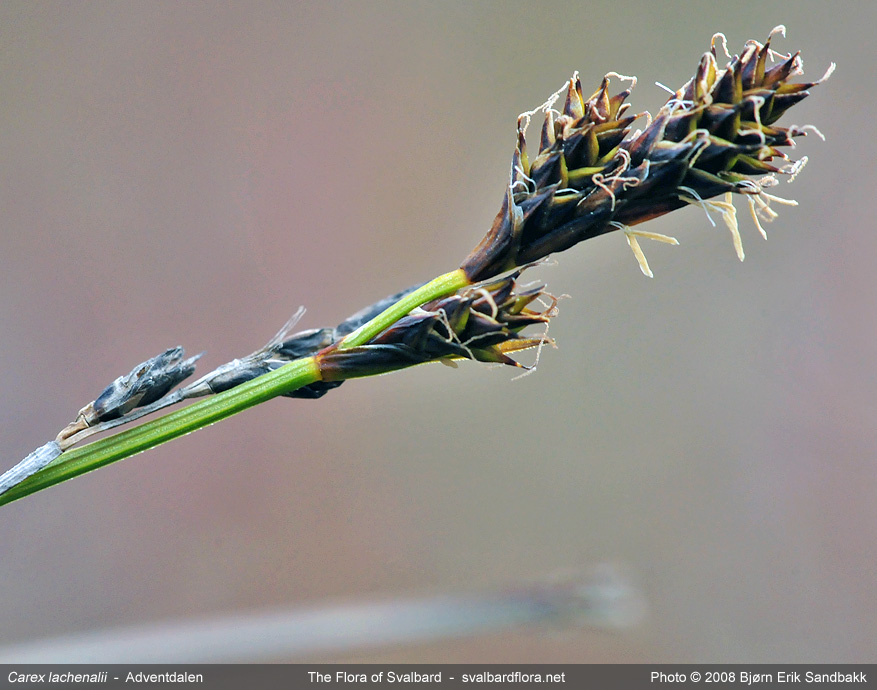 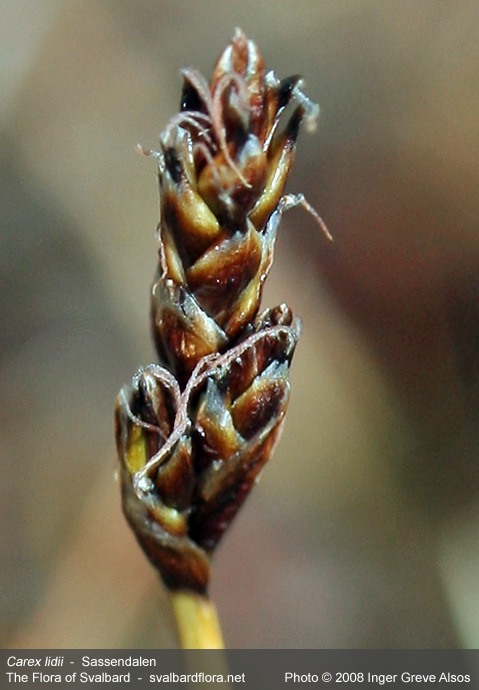 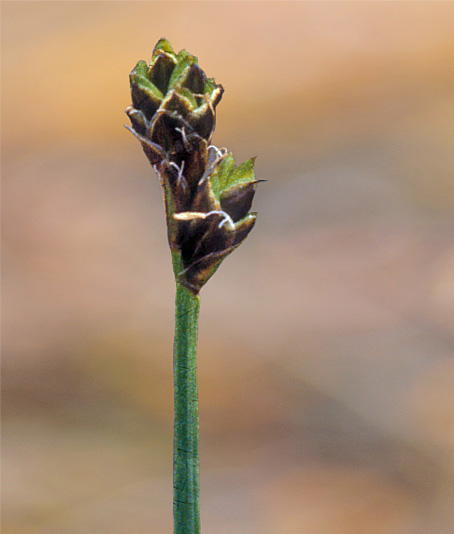 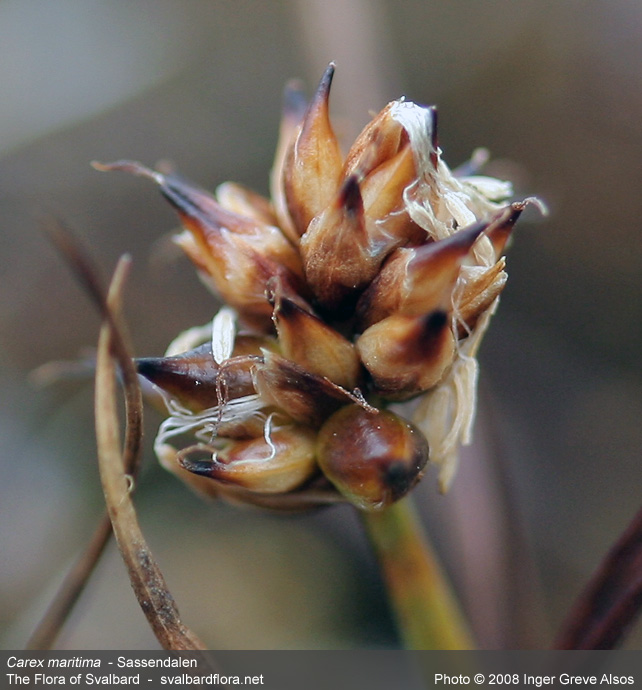 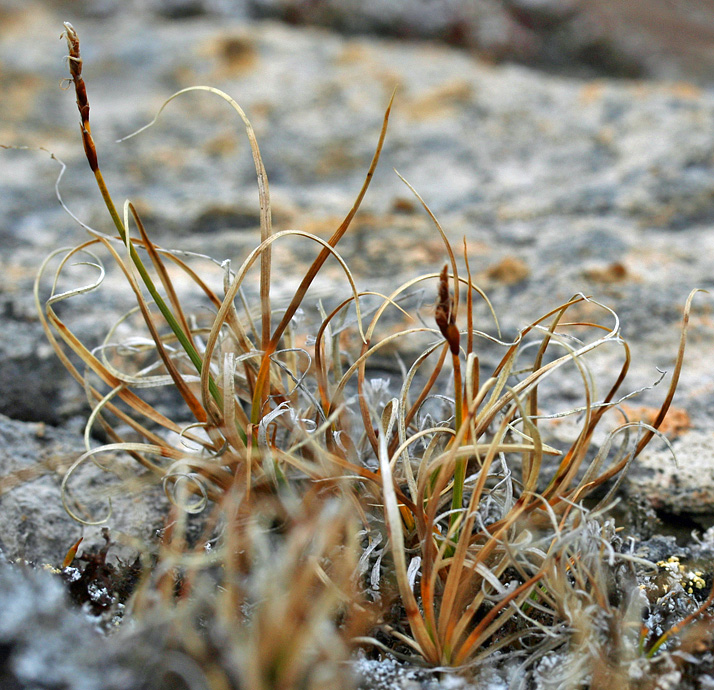 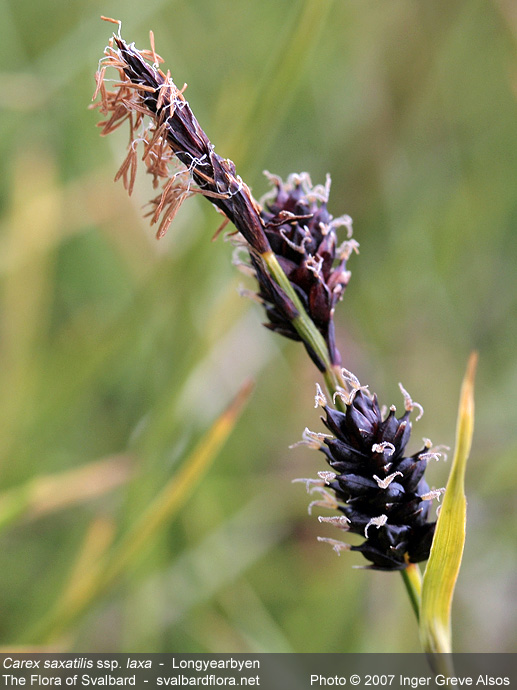 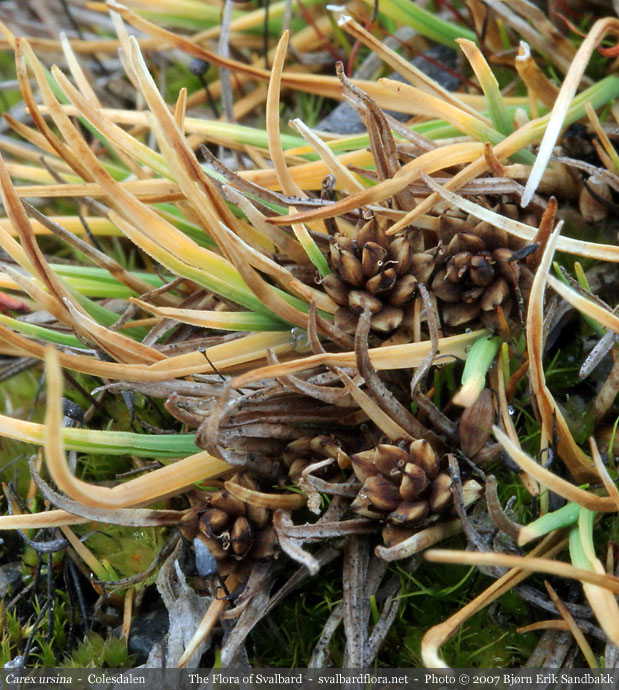